The Lost and Found

Author
So… er… we went to The Lost and Found on the 4th December, but you’re only just seeing this review. Why? I guess Christmas got in the way. 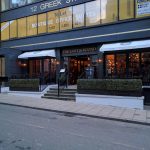 The Lost and Found is a cocktail bar on Greek Street, run as part of a small chain with bars of the same name in Birmingham and Knutsford. Each one claims to be run by a Victorian professor of a given field – ours by Virginia K Stevenson, an ornithologist (the others are plants and butterflies, respectively). 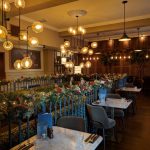 But very successfully Victorian on the inside.

Imagining the place was decorated by a Victorian bird expert is very silly, but it does work because they’re so dedicated to it. There are (fake) hedges and trees inside the oak-panelled rooms and everywhere you look there are pictures on the walls of strange birds and other Victoriana. Down the stairs past the toilets there’s a room marked “sshhh” which is perhaps a secret function room, or maybe just part of the joke. 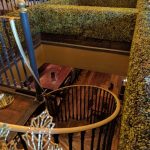 There’s a huge downstairs in between the hedges.

Beer-wise there are a few options on the menu in bottles including beers from Flying Dog, Founders and Sierra Nevada, and there are a handful of kegs including Magic Rock’s High Wire and a couple of beers from Revisionist. My beer tasted like it might even have come from one of these newfangled key kegs that keep beer from getting fizzy. It’s not the best beer selection, but certainly more than you’d expect from a Greek Street cocktail bar. 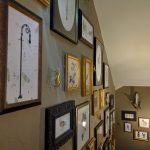 Good place to come to sample the local wildlife.

Staff are very nice here and there’s table service so you don’t even have to get up. There’s also a food menu of the usual fayre. Oh, and the music needs a mention: they were playing easy-listening versions of classic hits. It was quite a fun game to work out which song was being… er… interpreted.

Well, as we often say when reviewing cocktail bars, we’re not the kinds of people The Lost and Found is aimed at, but we enjoyed our visit all the same.