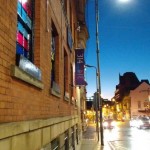 You can enter from Almost Famous or this door at the other end.

Taking its name from the California penal code for indecent exposure (we’re told), 314 is the club/cocktail bar downstairs from and owned by Almost Famous.

Following in the footsteps of its parent, 314 sits on the edge of decency & taste with its graffiti-style décor, including a massive neon sign declaring “I don’t do drugs, I am drugs” (a quote attributed to Salvador Dalí). 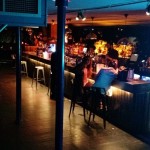 It’s been tidied up since the …escobar days.

The space is large and leaves plenty of room for dancing as well as a lot of dark, quiet corners for people who want to escape from the limelight. There’s a DJ mixing the tunes so it feels more like a club than a bar in a lot of ways. 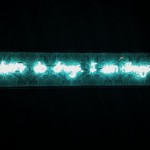 Beer-wise there are a few good things on offer, including Northern Monk’s Dark Arches on tap as well as Brooklyn and a house beer. In the fridge we saw Brooklyn Summer Ale, Dead Pony, Anchor Porter, Bellerose and Sierra Nevada. Not a bad selection for a bar that specialises in cocktails. 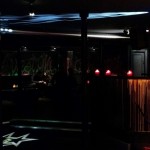 This place is a bit too odd for us. I suspect we’re not quite young or cool enough to fit right in here, but if you are and you want somewhere fashionable that also sells decent beer, maybe 314 is the place for you.