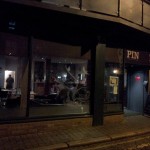 PIN: you might walk past it without noticing it’s there. But don’t! Come in for the awesome beer!

PIN: they’ve got some damn fine beer. With four casks and a particularly wide range of crafts in the fridge, its selection rivals the likes of North Bar and Mr. Foley’s. Notables are Odell’s, Flying Dog, Brooklyn (on tap and bottled), Einstok, some weird Scottish seaweed beer called Kelpie, and plenty of bottled Belgians. Special mention must also go to Kona Brewery’s Fire Rock Pale Ale which is one of the best beers I’ve had in a very long time. 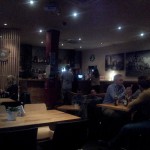 Definitely a different vibe from the other Leeds Brewery establishments.

From chatting with the staff for a few minutes, it’s obvious how passionate they are about providing their customers with high quality beer, and they love to get new varieties in all the time. And because they’re owned by Leeds Brewery, you can also count on seeing staples like Leeds Pale, Leeds Best and Hellfire. They also have a special menu of “beer cocktails” which are made with distilled beer syrups. If you try those let us know what they’re like!

PIN is the only member of the Leeds Brewery family to take on the persona of a bar rather than a pub. The interior is  modern and the walls are all covered with HDR photos of Leeds buildings. It’s on the small side so can feel a bit crowded no matter how many people are actually there, and live sports are part of their regular line-up of events. The TV isn’t too intrusive, however, so we were able to focus on what we came for (the beer, duh) even in the middle of Leeds Rhinos defending their World Club Challenge title. (Yes I had to look that up). 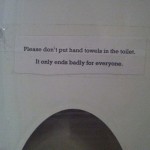 One of their chalkboards states that PIN is “pals with pork,” a pretty obvious nod to a certain recent addition to Leeds’s bar scene. How they will compare remains to be seen, but keep your eye on the Quest to find out!