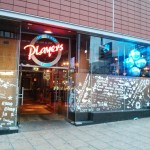 They say “Don’t hate the player; hate the game,” but I’m gonna go ahead and hate both when it comes to this place. Because we are dedicated to seeking out every bar in the city centre, this one could not be missed, and it’s fair to say we had drastically low expectations which were right on target. Players is distinctly popular with the student crowd and others looking for cheap drinks in a loud shitty night club and couldn’t be further from our sort of place. It’s full of things we don’t like: guest lists, shot specials, VIP areas, etc. 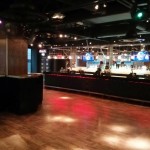 The beer is not the absolute worst we’ve seen, but it’s not far off, with Tiger and Sol in the fridge and John Smith’s and Amstel on keg. Since we went on a weekday during summer holidays we were literally the only ones there, but on a weekend night when students are around it gets absolutely rammed, like most of the nightspots on this strip. Still, the atmosphere was decidedly grim. We sat on leather seats looking around at the numerous disco balls and heat extractors and drank our mediocre bottled beer as quickly as we could. 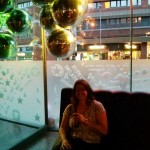 If you really want to get a feel of what this place is like (without actually going), take a look at their website. It’s exactly like that.