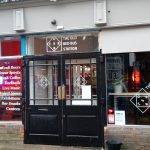 The Old Red Bus Station is a very cool building that has been sitting unused since it closed in 1994. So we were excited to hear that someone was taking over the space and doing something with it. The folks at Champion Up North have opened it up as a bar and music/arts venue, so we couldn’t wait to go along and see what it’s all about. 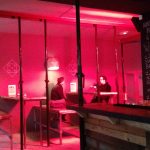 We have to say we were a bit disappointed. The refurbishment is perfectly pleasant, though not particularly creative. The beer also left us wanting for more variety. There’s Flying Dog IPA and Brooklyn Lager on tap, plus a house German pilsner of unknown origin. (Bartender helpfully told me that it was from “their supplier in Germany,” and “kind of like a pilsner.”) They have Thornbridge Twin Peaks and Anchor Porter in the fridge, plus Celia (always nice to see a gluten-free option). 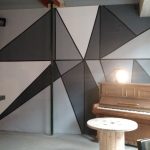 They’ve got a piano. I guess that’s something.

Other than that, however, not much to pique our interest. Champion Up North describe themselves as a “multi-platform creative media brand” so they’re most likely devoting their energy to the events rather than their beer selection. We couldn’t help feeling like Old Red was trying to be the second Belgrave in town. The problem with that is that Leeds already has a second Belgrave, and it’s called Headrow House. 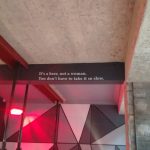 This sign reads: “It’s a beer, not a woman. You don’t have to take it so slow.” That offends me as both a beer lover and a feminist.

With happy hour specials (£2 a pint, very cheap for this type of place!), the value was good, but not good enough for us to come back here with any frequency. In summary, this bar is fine, but kinda pointless. And its gender politics are definitely suspect.