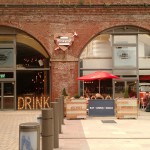 Arches. Archie’s. GET IT?

Ossett Brewery is building up quite the little empire over in Granary Wharf. The cleverly named Archie’s joins The Hop and Candlebar to create something of a drinking village on the south side of the station. 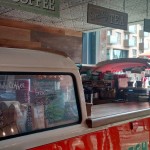 Juice and coffee are served from a VW. Why not?

Just like The Hop, it’s a huge space with seating upstairs, downstairs and outside and plenty of room for dancing in the middle on the beautiful tiled dancefloor. Occupying the two arches next door, Archie’s is obviously trying to produce a modern equivalent to its more traditional neighbour. Pies are out in favour of tapas. Live music is replaced with DJs and one of those amazing jukeboxes with every chart song ever. Cask beer is replaced with cocktails and a juice bar located in a converted VW van. 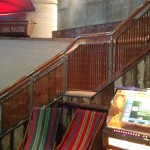 Deck chairs and a jukebox. What more do you need?

Well, not exactly replaced. There are actually 4 local casks here (including favourites from Ossett or their microbreweries Rat and Fernandes) and a couple of decent kegs, notably Rat’s double IPA “Rat Against the Machine”. There are also a handful of decent beers in the fridge including a couple of common Belgians and two Flying Dogs. While this isn’t bad for a fancy bar, it pales in comparison with the other Ossett bars, so it’s a bit disappointing for us. 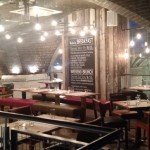 Eating’s available upstairs and down.

The slogan “Eat. Drink. Disco.” is immediately apparent, as food is a big priority here. They’re even open for breakfast seven days a week, and we’ll definitely be coming back to try that!

One of our favourite things were the deck chairs in the dancing area. We sat on them to write this review and it’s a really nice experience to lounge about in a deck chair after a day’s work! 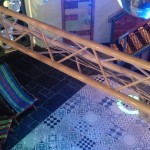 The tiled dancefloor. I love this!

With Archie’s, Ossett have completed the set: they’ve got a pub, a wine/craft bar and now a modern disco kitchen. It’s a shame the beer selection wasn’t quite as good as we’d hoped, or this would be riding high in the charts.