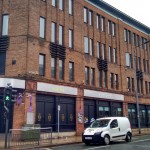 One of Call Lane’s anchors. And boy does it anchor it well.

According to their website, Baracoa Luxe Bar is the place to rub elbows with “celebrities and some of Leeds’s most glamorous socialites.” We’re not sure who Leeds’s most glamorous socialites are (it’s not us, right?), but we can safely say it is not the place to rub taste buds with any decent beers. Here it’s just San Miguel, Guinness and Carlsberg on tap and the fridge is only a small step up with…uh…Peroni? 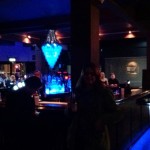 It’s too dark to see how ecstatic I am about this Peroni in my hands.

Not that we expected much more. Baracoa is a Call Lane dance club and it is really good at being a Call Lane dance club. Behind the huge 360-degree bar you’ll find an enormous dance floor with VIP lounges dotted around, some with their own refrigerators so that the glamorous socialites don’t have to travel far for a beverage. There’s a full second floor also available for private hire and apparently some soap stars and premiership footballers have chosen Baracoa for their exclusive events. Watch out for the paparazzi. 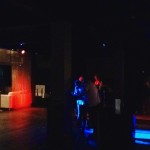 The dance floor. It hasn’t hit its peak stride yet but it’s about to pop with celebrities and some of Leeds’s most glamorous socialites.

It’s dark. The DJs play run-of-the-mill dance music from their Macs and on the Saturday night when we went, a photographer was going around taking pictures for their website gallery. Strangely enough they didn’t ask for our picture. Is it because we had the audacity to wear coats in January? (For any Parks & Recreation fans out there, Baracoa basically is The Snakehole.)

This is definitely a case of we-went-here-because-we-have-to-go-to-every-place-in-Leeds-that-serves-beer-but-we-would-not-normally-come-here-and-we-are-definitely-not-the-target-demographic. So we won’t be back, but no hard feelings. 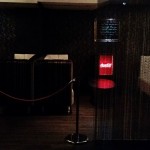 One of the VIP booths. For the celebrities and some of Leeds’s most glamorous socialites.

Incidentally, come February nobody will be coming back. A note on the website says they are closing on 31 January. The owners plan to re-open in another location so when they do, we’ll have to review that place too, for the integrity of the quest. Sigh….