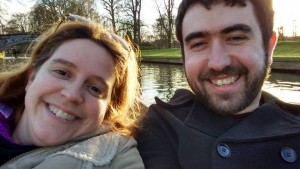 We’ve reviewed every pub and bar in Leeds city centre!

In that time we’ve seen enormous changes in the landscape of Leeds pubs. It’s hard to imagine that before we started there was no Northern Monk. No Tapped. No Bundobust. No Belgrave. No Friends of Ham even! The list of amazing and varied new craft beer establishments that have popped up in the last two and a half years is a testament to the power of the independent spirit in this amazing city. And although we’ve seen a lot of closures in that time (goodbye PIN; goodbye Baby Jupiter), many of our old favourites like North Bar and Mr Foley’s are still as strong as ever and still pulling their weight among the best bars in town. The Quest has shown that even when you focus on one thing as we did, Leeds has got it all and is easily a rival for any capital city.

So what’s next? Well, we expect that more bars will open and we’ll still be the first on the scene whenever they do! And maybe, just maybe, we’ll start venturing a little outside the city centre too. Watch this space!

But for now we need your help! What places have we missed? We’ve tried to soak up as much knowledge about Leeds city centre as we could, but we’re bound to have missed something. To qualify for the Quest, an establishment must meet three rules:

Can you think of anywhere in Leeds that meets these criteria that we haven’t reviewed yet? If so, get in touch with us: [email protected] or on Twitter: @leedsbeerquest.