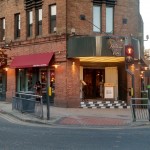 A new spot now dominates this corner of Lower Briggate and Call Lane.

The chain restaurant/bar Revolución de Cuba has taken over and renovated the massive space that once was Baracoa Luxe Bar. It’s WAY better than Baracoa, but that’s not exactly a challenge. 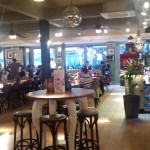 Anyway. The vibe is very chain-y, but it’s done well and they’ve made good use of the massive space with plenty of tables for big groups and still room for a dance floor. They feature live music and salsa nights as well as cocktail masterclasses. 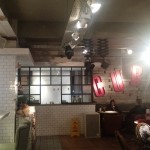 Considering the focus is so much on rum and whatnot, the beer selection is not unimpressive. You’ll find Camden Pale, Vedett IPA, Blue Moon and Budvar on tap, alongside bottled Chimay Bleu, Single Wide, Camden Hells, Brooklyn and the Cuban Palma Cristal (just to stay on theme).

You can get a selection of ten bottles for anywhere from £46-£50 if you’re with a large group and can’t face ordering individually. For a chain bar in this part of town, the prices are pretty much what you’d expect. (Read: high.)

It’s a big improvement over the sticky meat market that was its predecessor, but at the end of the day it’s a pretty soulless chain bar with an OK beer selection. So if you’re not particularly into all things fake-Cuban, its biggest selling point is probably that you can drink out of a cup shaped like an elephant.